Following our long and sweaty trek to The Lost City / Ciudad Perdida, we headed for a little pre-planned luxury at Los Naranjos beach on the northeast edge of Tayrona National Park. We enjoyed an air-conditioned beach side cabin at Casa Tayrona Los Naranjos, with fancy meals and a pool perched on the low cliff above the ocean waves. It was a terrific location for relaxing and enjoying. 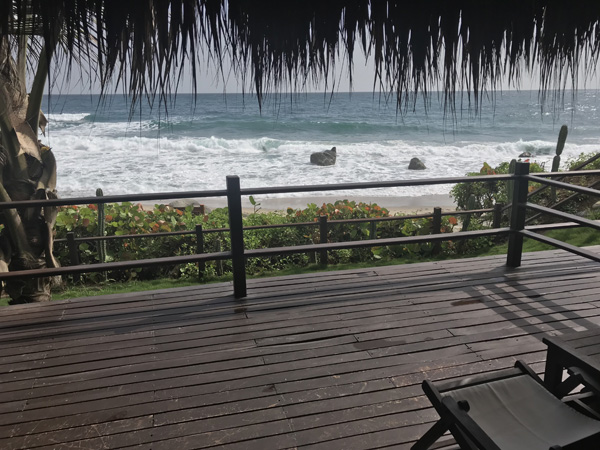 The next night we had intended to stay at the unique and much more rustic accommodations Finca Barlovento Cabana. However, the owner improperly gave our written reservations to someone else, and then repeatedly lied to us about what was actually going on. She instead put us up at her Finca Barlovento Maloka next door, which was OK though a definite lesser choice and not why we came there. Such can happen in neat locations with bad management. She did end up refunding our money after we complained about the improper reservation transfer and the provable lack of integrity.

So, we instead enjoyed a long walk on the area’s tropical beaches. Meals were good, and the communal dining room encouraged fun conversation with visitors from around the world. 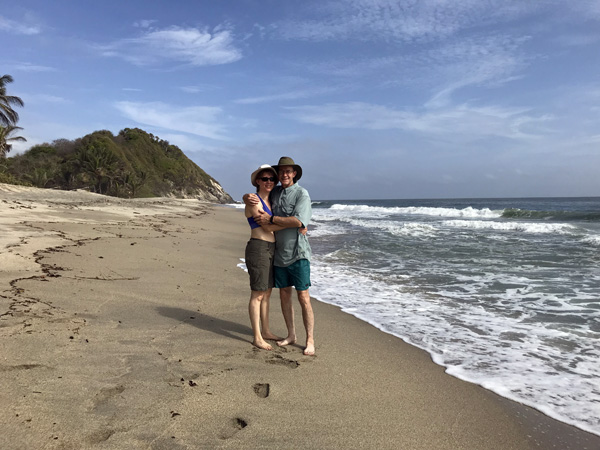