The experience begins with meeting the guide, suiting up in gear, and getting an on-ground run-through of how the climb should work. After that, it’s a matter of getting accustomed to rope ascenders. There is one set attached to your chest harness and another set attached to loops under your feet. A rhythmic abdominal muscles crunch and leg squats movement gets you up a rope that is already in place and attached to a point waaaaaaayyyyyy up above.

I ascended solo, with the guide on the group watching. It was a surprisingly good workout, and I was sweating under my helmet. Part of the extra effort was related to technique, since it got easier as I ascended and learned how to be smoother with each incremental step upwards along the dangling rope.

The chosen tree was a big, solid old growth Douglas fir that towered above most other nearby trees. There was a point in the ascent where I was looking down at tree tops, and I realized that from the ground those were good sized trees. As I kept going, I took occasional rests along the way while also admiring the increasing view.

Eventually, I reached 230 feet straight up above the ground below. Because the tree is so big and so old, that was actually its very first branch! Beyond that, the tree went on perhaps another 40-50 feet to its tip.

The guide came up behind me, starting her ascent when I was about 2/3 of the way up. We changed gear, and it freed me to be able to haul up onto the big branch and sit there, admiring the views out above other trees to the Straight of Juan de Fuca, San Juan Islands, Deception Pass, Fidalgo Island, and Deception Pass Bridge.

From there, we went over how the rappelling gear works and I rappelled 230 feet back down along the big rutted bark. It was a fun ride back down, too.

Well recommended, and a great way to see the area like a bird. 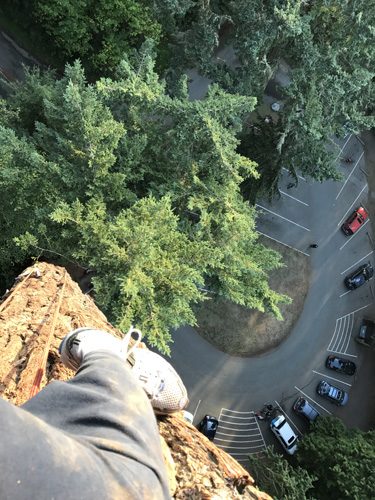 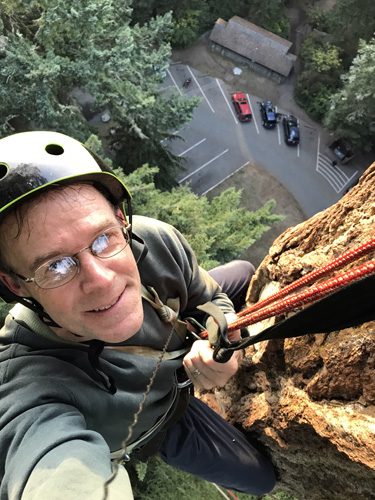 Geared up for the canopy tree climb 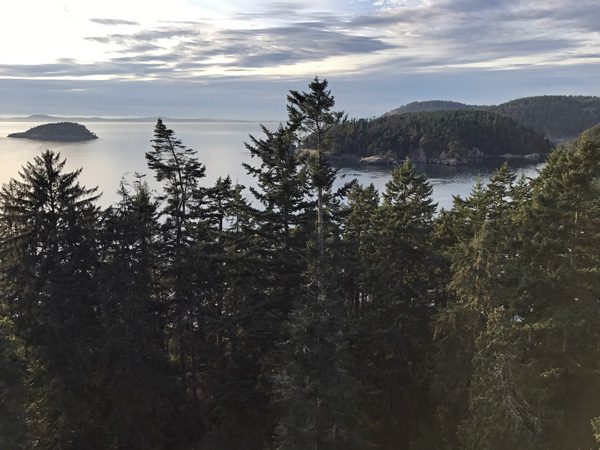 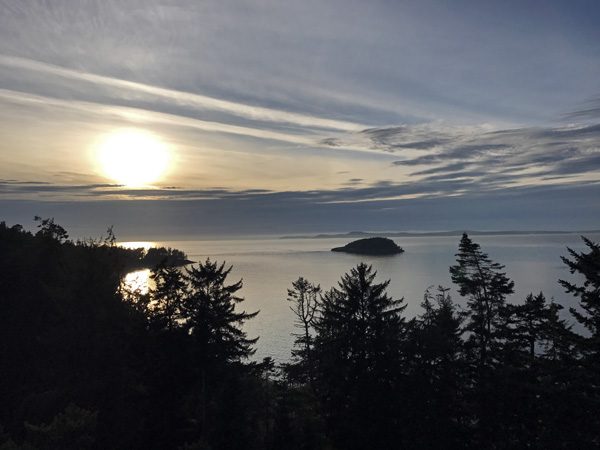 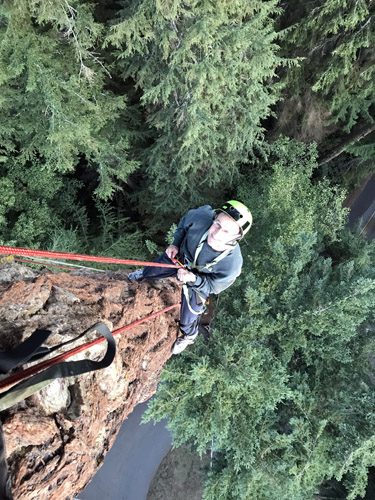 Rappelling down the old growth tree