The “Torpedo Tower” was built during World War II for the US Navy Explosives Laboratory. Enemy submarine torpedoes and sea mines were inspected here to learn their secrets, using a 2 million volt x-ray machine that could penetrate through 10 inches of steel. The building also inspected ship propeller shafts to determine any weaknesses. Later, the x-ray machine was moved to Bremerton Naval Shipyard. You can walk through the building and feel the history there. 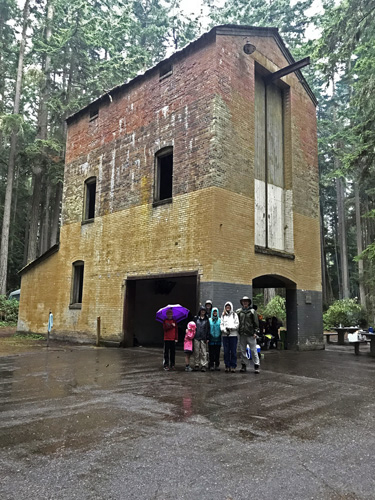