Archbishop Brunett Retreat Center at the Palisades in Federal Way

The Archbishop Brunett Retreat Center at the Palisades is a hidden suburban retreat found just a 25 minute drive south of Seattle, yet feeling much further away from the hubbub of daily life. It is owned and operated by the Catholic Archdiocese of Seattle, and is open to other denominations and non-profits for enjoying their facilities. Consider it as a possibility for a personal retreat, organized group retreat, or quiet visit.

The Archbishop Brunett Retreat Center resides on 39 forested, high bank acres above Puget Sound, looking northwest across the open water to Maury Island, Des Moines, Normandy Park, Burien, and active shipping channels. Normally a steep set of stairs descends to the water’s edge below (stairs may be in repair), allowing for sandy beach walks in both directions. 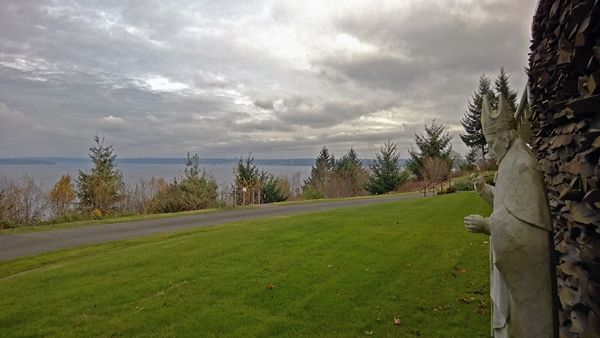 The grounds range from well manicured formal gardens to dirt walking paths through second growth forest. There are two main short trails. The Stations Of The Cross trail loops from the main building to a high viewpoint overlooking the Sound and back to the building. Thirteen wooden stations hold different metalwork scenes from the story of the crucifixion of Jesus Christ, each positioned for contemplation before moving to the next. The alternate nature trail is oriented to a pleasant short walk through private alder and cedar forest.

The retreat center itself is a large compound able to accommodate many different types of retreats. Facilities include a large water view dining room, several group meeting rooms, library, 24 hour chapel, and 55 guest rooms. The guest rooms are basic, with a comfortable bed and in-room bathroom/shower, and most have Puget Sound views. Their lack of TV and phone is quite intentional (though Wi-Fi is available). 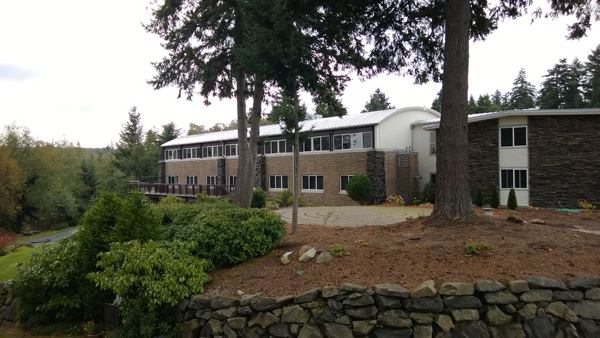 We participated in a 2 1/2 day silent retreat that was welcoming, mind-opening, relaxing, and focusing all at the same time. The essential elements began with everyone meeting on Friday evening for communal dinner, followed by a group retreat kick-off meeting, and then for the next two days participants were not supposed to speak to anyone. The forced silence was freeing to ensure internal contemplation instead of otherwise constantly interacting and being socially “on”. There were both laypeople and clergy available for short talking sessions in private, to discuss whatever was of most importance to the individual. Also, 4 cycles of a brief talk on a theme were presented throughout the retreat. Per the intent of the retreat, these talks were “one way” and afterwards the guests would leave silently to personally contemplate what was presented.

The final closing circle showed that most people derived personal benefit and focus for themselves simply by “unplugging” and settling into the casual, contemplative rhythm of the retreat. Most people wanted more time there, and others looked at it as a step on a longer journey. 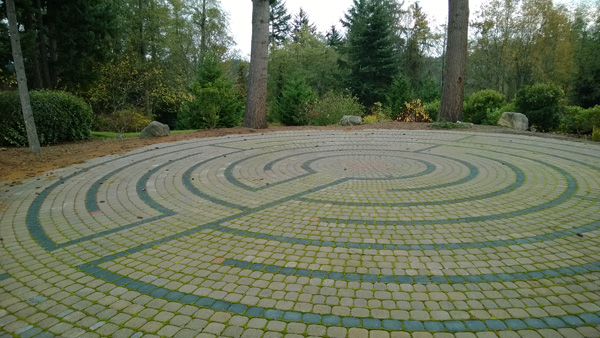 Labyrinth at Archbishop Brunett Retreat Center at the Palisades

Books:
Don’t Just Do Something, Sit There
A Do It At Home Retreat: The Spiritual Exercises of St. Ignatius of Loyola